The Difference Between Slow and Fast Moving Averages

Have you ever gotten in a trade and immediately after, watch that position move against you like the markets were playing an evil trick?

Now, if it has, don’t worry, it happens to everyone. However, if you are always getting stopped out, or if your risk vs. reward ratios are off, then you’ve got a problem that needs correcting.

You are either setting your stops too tight, and not giving the trade enough room to work…

Or, you’re not entering trades with high-probability setups.

What does that mean?

Well, before I enter a trade, there are a few things I outline.

For example, I already know my stock entry price… where my stop will be…and my profit targets.

I also make notes about the chart setup, which helps remind me what my plan is and to not deviate from it. 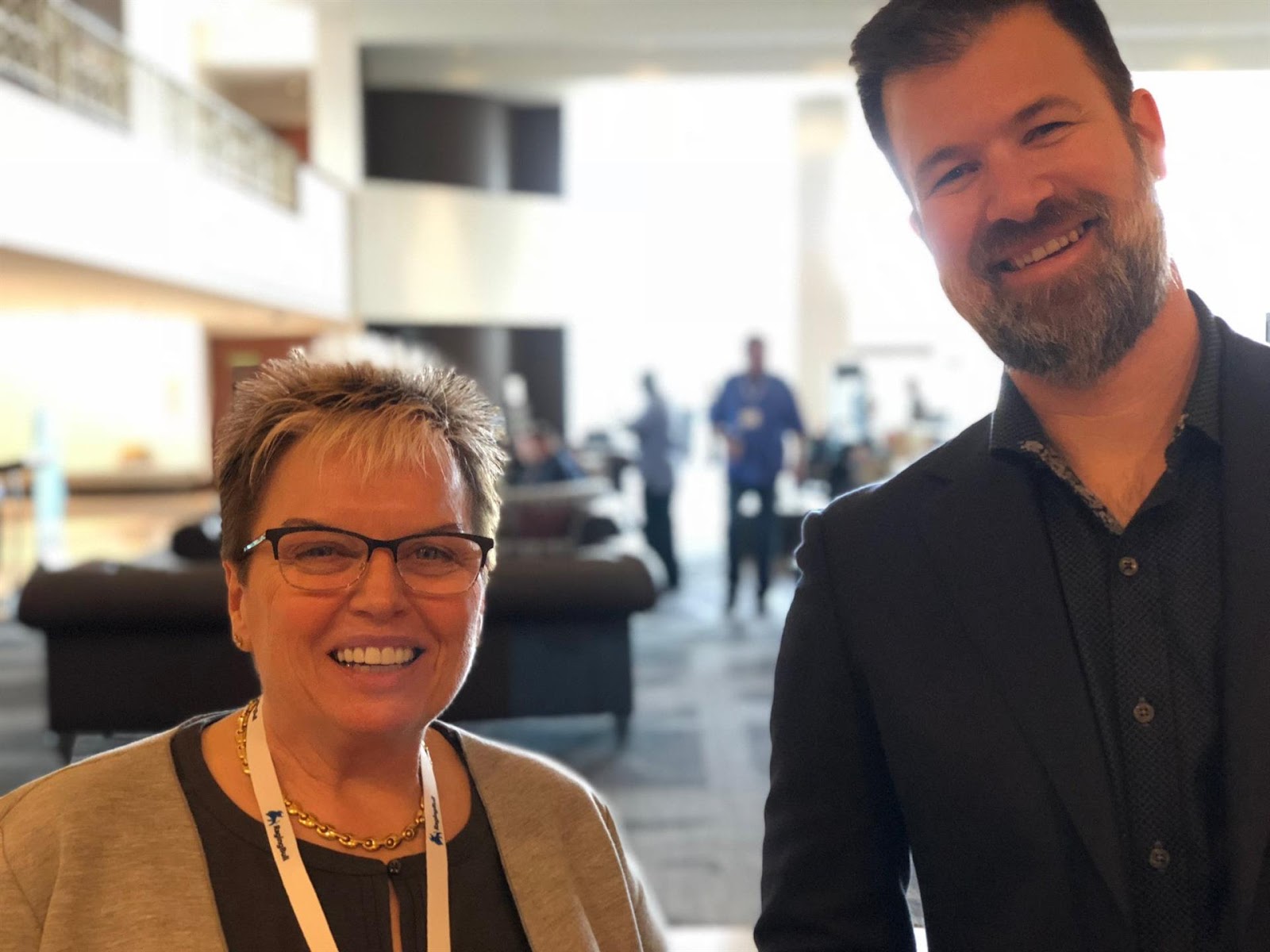 (By the way, if you’ve wanted to see what a trading day for like me looks like, then check this out).

This process has helped me amass millions in trading profits over the last decade.

But that’s just my trading plan. What do I use to find my entry points, targets, and stop levels?

Now, there are two types of moving averages… keep reading to learn more.

These Lines Could Help You Spot Trends and Reversals

There is one indicator that many chartists, including myself, use to spot trends and potential reversals: moving averages.

Now, if you don’t know… there are two types of moving averages: exponential and simple.

We’re only going to be focused on simple moving averages today.

That said, moving averages are a great tool to spot the overall trend.

Well, here’s a look at the daily chart in Roku Inc. (ROKU) with the 20-day SMA plotted. 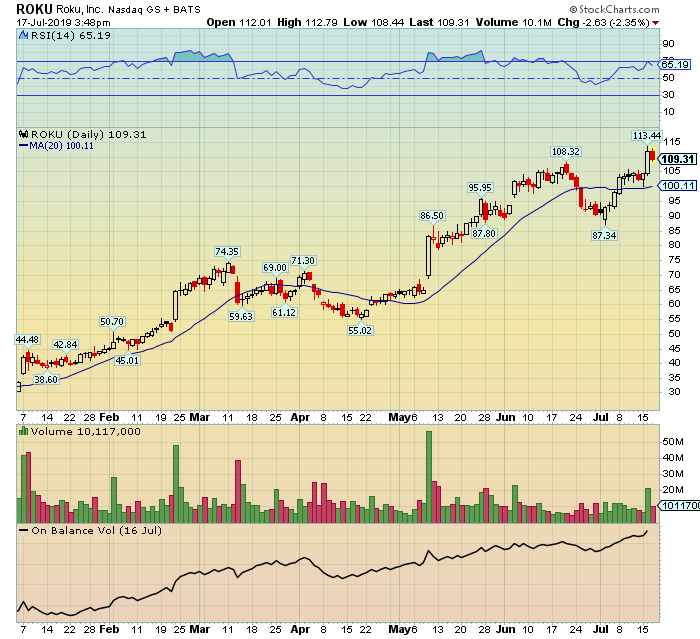 Notice the line in the chart?

Well the 20-day SMA is considered a “fast” or short term moving average. In other words, the 20-day SMA follows prices more closely than a longer-term SMA.

As you can see, the 20-day SMA gives us an idea of the overall short-term trend and acts as support and resistance at times. 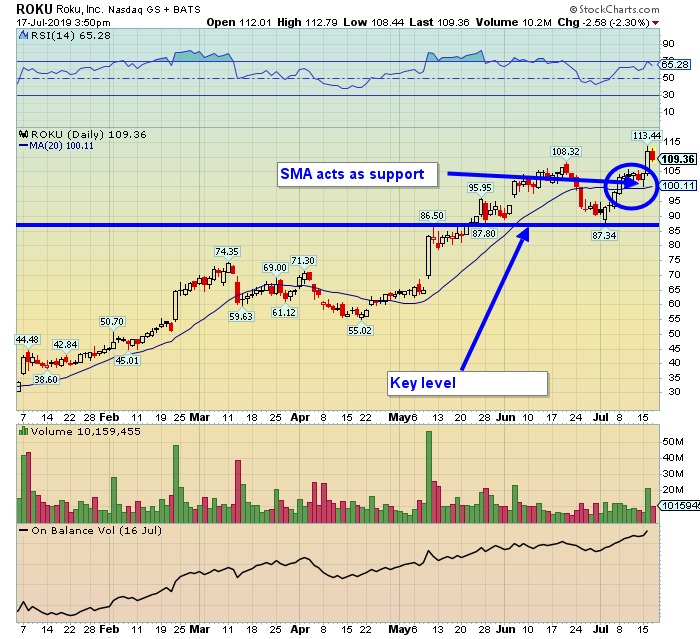 For example, take a look at the 100-day SMA plotted in ROKU. 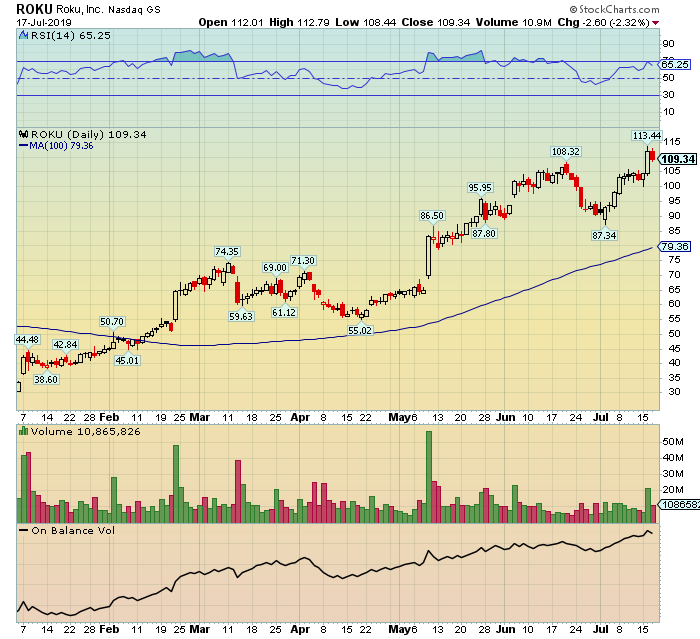 It’s going to be a while before there is a clear signal there.

The problem that many traders have is the fact that they stick to just one indicator and ignore the others… some traders might just look at the 20-day SMA and ignore the 200-day SMA… but as traders, that’s the wrong mindset to have.

Just because you swing trade, that doesn’t mean you should ignore long-term SMAs… or ignore short-term SMAs if we’re buying and holding stocks for the long term.

In fact, sometimes it’s helpful to know both the short- and long-term trends.

How is this beneficial to our trading?

Well, you can look for price breaks above short-term moving averages to signal entries, and longer-term SMAs to spot key support levels.

For example, here’s a look at the chart in ROKU again. 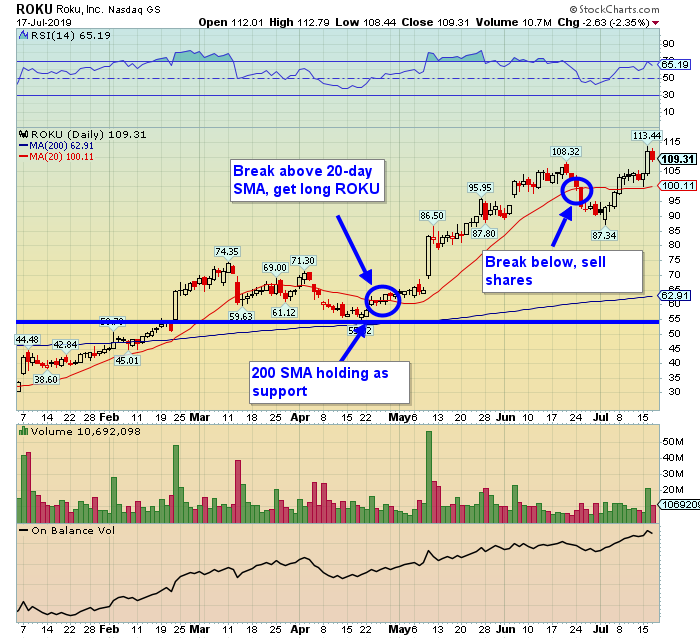 Notice how ROKU held above the 200-day SMA, which acted as a support line. Shortly after, the stock broke above the 20-day SMA… and just started to run higher.

Now, that’s not the only way you can use moving averages.

You see, there’s actually something known as bullish and bearish crossovers.

You see, when the shorter-term SMA crosses above a longer-term SMA… that lets us know that a potential shift in trend is happening.

Remember, the shorter-term SMA will react faster to price changes than the slow SMA.

So what happens when a stock moves higher? 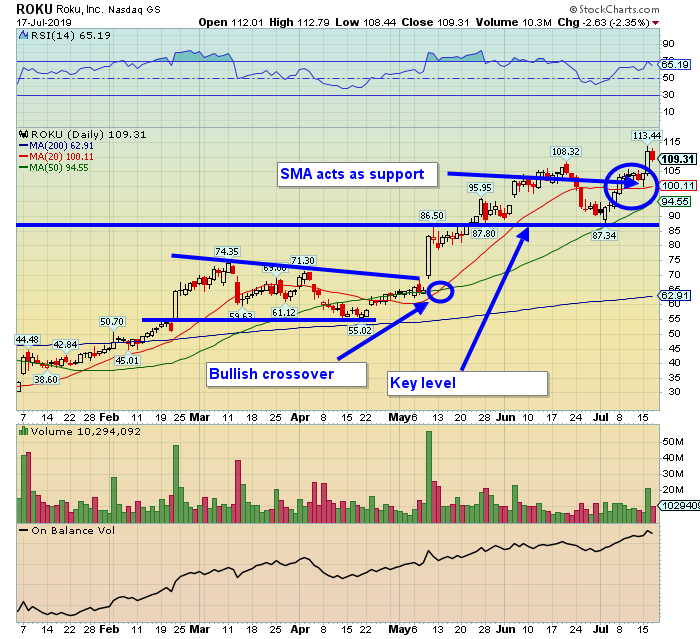 Notice in the chart above, you’ll see the red line cross above the green line. Prior to that, you can see that ROKU was actually making lower highs, and consolidating… and there was no clear trend.

That’s what we call a bullish crossover because the shorter-term SMA (the 20-day SMA, or the red line) crossed above the 50-day SMA (the green line).

Once those two lines cross… you can see how the stock just starts to run higher.

As you can see, short-term (fast) moving averages react to price changes more quickly than long-term (slow) moving averages. Both have their place… but when you combine the two types, then you can find clear entries and exits.

Now, trend lines have helped me become a consistently profitable trader with over $2M in career trading profits… and it’s allowed me to remain calm, cool and collected when I’m trading.

If you’re looking to find tranquility in your trading… then check out my latest training lesson on three simple trend lines that have helped me over the years.