Don’t place another trade until you do this…

How many times have you bought a stock just because you thought it could go higher?

I don’t know about you… but it’s happened to me a lot when I first started trading.

I was buying stocks for no rhyme or reason… I was just buying them because I felt they could run higher. Well, that didn’t turn out well for me.

If that hasn’t happened to you, that’s great to hear.

However, if that’s something you’ve experienced before… it’s painful because it’s like you’re putting money into a blender and just watching it disintegrate.

I started to ask myself questions before I got into any trade. I told myself that before I buy a stock… I had to have a clear reason to get into the stock. That way, I put myself in a position to win.

If you ask yourself questions before you get into any trade, you’ll be able to focus on your best setups… and improve your odds of winning.

So what are some questions you can ask yourself before you get into a trade?

Have A Reason to Get into A Trade

Well, for starters, you can ask yourself, Do you have a reason to be in the trade?

Now, your reasons to be in a trade could be based on fundamentals, technicals, or any other analysis.

For example, I like to use chart patterns, and before I get into a trade… I have a clear reason and develop watchlists ahead of time.

Here’s a look at one of the watchlists that I sent to my clients recently:

Basically, I teach them how to use my system to spot high-probability setups. So they know exactly what I’m talking about when I mention that stocks are exhibiting my patterns.

For example, let’s look at the Pinball setup.

Now, just for you, {$esp_first_name}, I’m going to give you the checklist that I use for this pattern.

___2. Some form of a bottom forming. Some examples include, but are not limited to: double bottom, lower high, higher low, higher high, multi-bar candlestick bottom.

Now, here’s a look at the daily chart on Blue Apron Holdings (APRN) – which was exhibiting the Pinball setup. 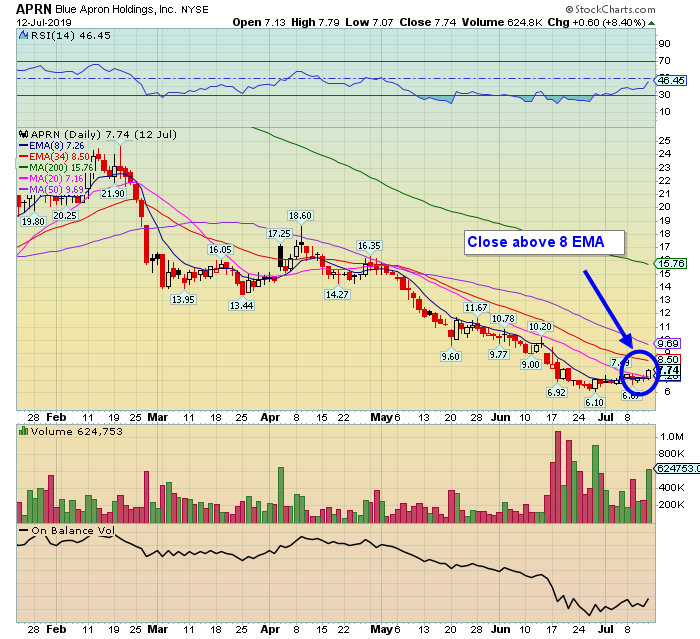 So when you ask yourself: Is there a reason for me to be in the trade?

You’ll answer with, Yes there is… the stock closed above a key moving average, and based on the pinball setup… there is a clear signal for me to buy the stock.

Now, having a reason to get into a stock isn’t going to cut it.

Weigh the Risk and Reward

You’ll also need to ask yourself, What’s my risk to reward?

Basically, you want to know how much you’re risking in relation to the reward to see whether the trade makes sense.

For the most part, a good rule of thumb is to only trade setups that provide you with risk-reward ratios greater than 1 to 2. In other words, for every dollar of risk you take… you should be making at least 2 dollars.

Have A Plan in Place

Well, you need to have a plan in place.

With that said, another question to ask yourself is: Do I have defined entries, stop losses and targets?

When you know where you’re looking to get into a stock, stop out, and have targets in mind… you know your risk-reward ratios and you have a proper plan in place, giving you guidelines to follow.

So as long as the stock was right around $7.26 you would buy. Let’s say you want to buy the stock at $7.35 (indicating bullish trading on the break above the EMA)… and with the Pinball setup, we know to stop out if the stock closes below $7.26.

That said, you could’ve placed a stop-loss order at $7.05 (to account for slippage). That means you’re risking 30 cents on the trade.

With the Pinball setup, we’re looking to take some profits off the table at the 200-day SMA (the green line). 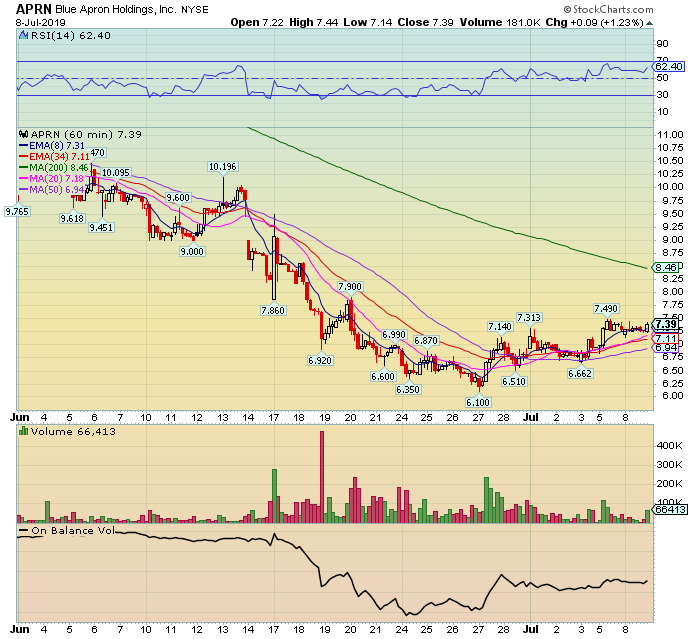 Thereafter, you could’ve put a sell limit price for half of your position at $8.46… and let the rest ride.

With the APRN trade, here’s what happened. 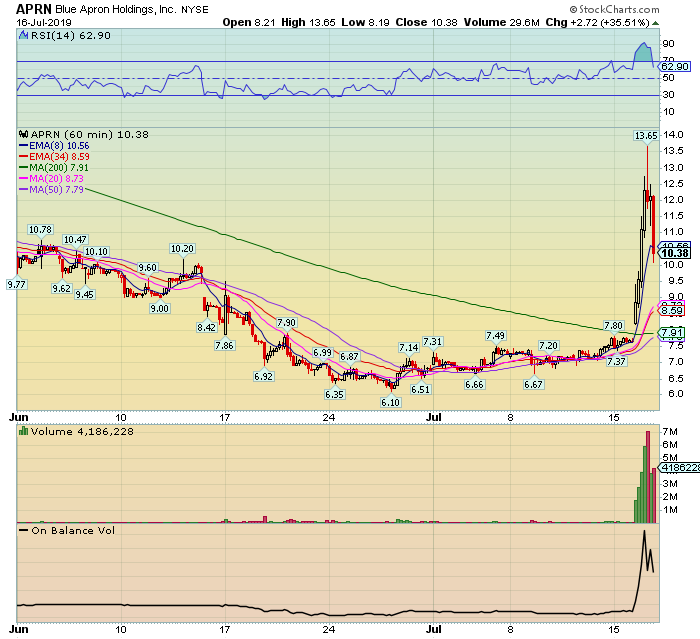 You can see how easy trading becomes when you ask yourself:

Just by asking those three questions to myself… I found my trading benefitted and I wasn’t losing money getting into random trades anymore. Instead, I developed a focus like no other… and it’s allowed me to remain calm, cool and collected trading stocks.

Now, if you want to learn more about a trading system that allows you to have clear reasons to be in a stock, while knowing your risk-reward, entries, exits, and targets… then check out my Tranquil Trading system.